Be the first to review this product

Don’t see what you need?

Call us and we can still ship you what you need today.

After hours? Fill out our contact us and we will get back to you within one business day.

We are a family-owned VW Parts
Company that has been in business
for more than 30 years. We're real
people who know Volkswagens and
drive Volkswagens. END_OF_DOCUMENT_TOKEN_TO_BE_REPLACED 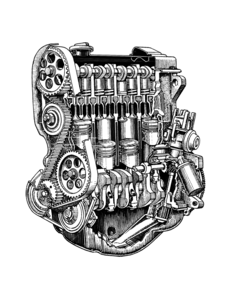 We're not just an internet company; we're a family owned bricks-and-mortar store, and a catalog mail-order company that's been in business for over 30 years. We're real people who drive Volkswagens and know Volkswagens. When you call us, you talk to a real person who's changed out the injection pump on a Rabbit Diesel, or replaced the pushrod tubes on a Beetle. You'll never get routed to some call center in India!

We have a 10,000 square foot warehouse filled with VW parts located in Warren, Michigan. We don't have all of our parts listed online yet, but give us a call at 586-757-2300 and we'll ship you what you need.